Marquita Brown mourns the loss of her 14-year-old son Davon Ellis as she is comforted by Michael Walker during a memorial earlier today in Oakland. Police say Davon was walking with his friends last Saturday when he was shot on the 3300 block of Brookdale Avenue. Police and paramedics performed CPR on Davon, but he died at a hospital. Police say they don't know what led up to the shooting and no arrests have been made. Oakland police are offering a reward of up to $20,000 for information leading to an arrest. 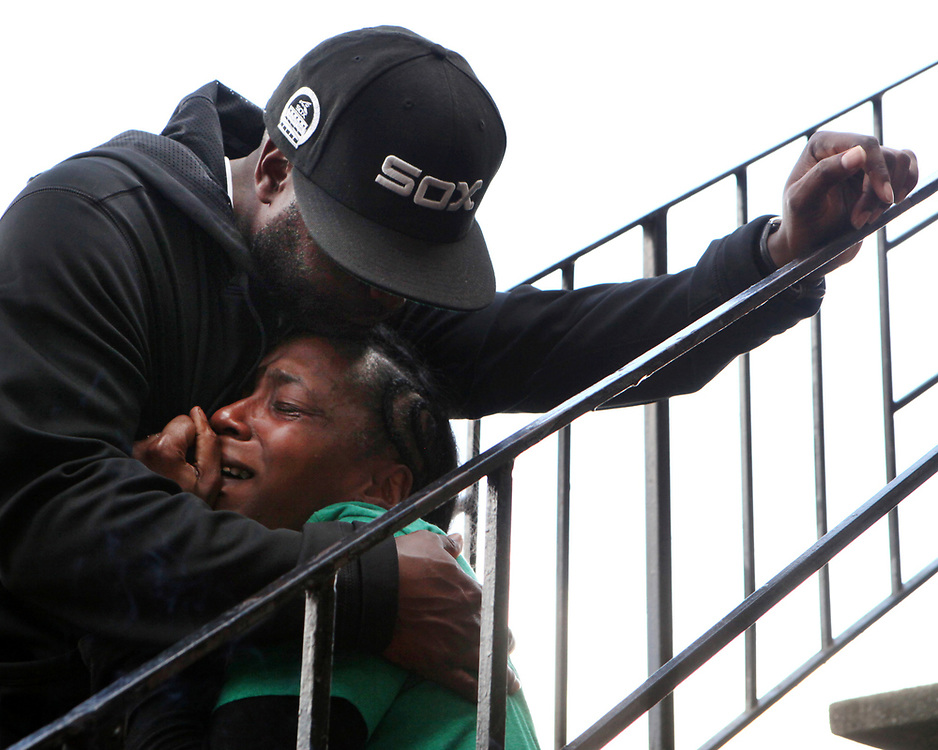