Howard Green stands for a portrait at his home on Thursday, Aug. 10, 2017, in Los Gatos, Calif. Green holds the pants he wore when he was wounded in the Golden Dragon massacre in San Francisco Chinatown on Sept. 4, 1977. His pants have three bullet holes and blood stains from the incident. The middle-of-the-night gang shooting at the packed Golden Dragon restaurant left five dead and wounded at least 11. None of the victims were the intended targets of the shooting. 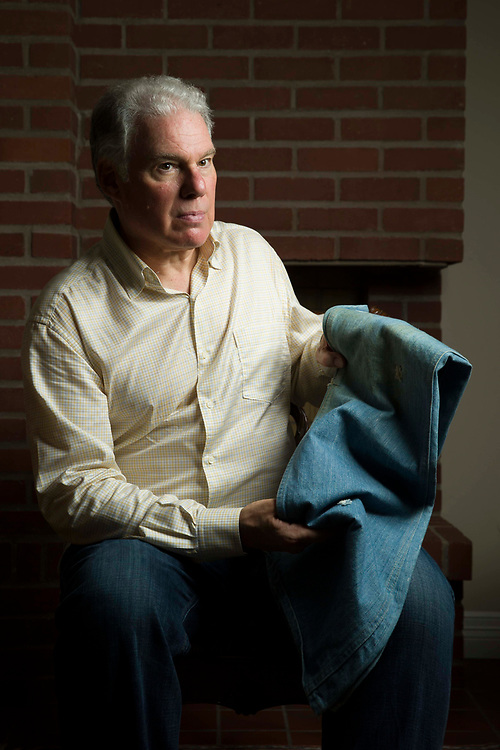